“We could not just walk by”: eyewitness report from migrant border camp 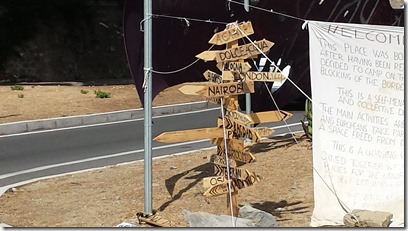 09Sep
by John Dunn, ex-coal miner and striker during the 1984/85 miners strike and member of the Orgreave Truth and Justice Campaign
“Just back from a week in the South of France, staying in Menton, a Riviera Town a few kilometres from the Italian border. On our first afternoon there Beverley and I decided to see if we could walk into Italy.
We could. Actually it’s dead easy, although it seemed a bit intimidating walking past armed gendarmes standing a few feet away from equally tooled up Carabanieri, but we strolled by unsolicited, neither side asking to see our passports, which we didn’t have.
A hundred yards or so in we saw a few banners and a collection of tents and realised we had stumbled across a migrant camp. Thus was explained the tooled up border guards.