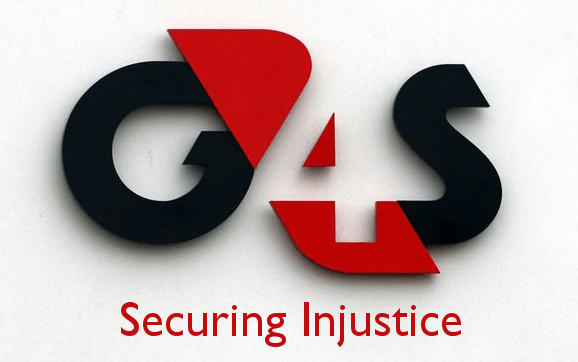 At a recent G4S Asylum Housing “Roadshow” event in Leeds, G4S Director Steven Small was eager to reassure his critical audience that he’d suffered “sleepless nights” over the disastrous G4S COMPASS asylum housing contract. Were we supposed to feel sorry for him? To put the suffering of asylum tenants – months of stress, squalor and abuse – into context? To appreciate the commitment of this man (a former Rentokil pest-control executive) to the welfare of asylum tenants?

One month after the Leeds “Roadshow” PR event it is clear why Mr Small was having sleepless nights.

Those asylum tenants who have courageously spoken out against G4S and their (dwindling number of) sub-contractors are now seeing the results of their efforts to be treated like human beings. An alliance of asylum rights groups, anti-privatisation campaigners, trade unionists, Stop G4S activists and tenants’ rights groups stands alongside them.

G4S’ Steven Small’s desperate letter pleads: “What it does not mean is that G4S is willing to give up on COMPASS.” (emphasis in original). Our job over the next few months is to get G4S and other private contractors off the asylum housing contract. Last summer our campaign forced sub-contractors UPM off the COMPASS contract. With Mantel now dumped, Cascade suspended, Live Management not far behind and Target Housing discredited we can do it. Soon, G4S and Mr Small, their pest-control expert, will be left without any sub-contractors.

We maintain our view that G4S are prison guards not landlords. Their record is one of abuse towards asylum seekers in this country and elsewhere. We should not be paying them public money to operate this contract. People seeking asylum have the same rights to decent social housing as anyone else in this country.

More details of the leaked G4S letter and the collapse of the G4S COMPASS contracts can be found in Clare Sambrook’s recent article for Open Democracy Another G4S scandal: are the UK’s asylum housing subcontractors falling apart?

SYMAAG’s John Grayson has recently written an analysis of who has profited from the privatisation of asylum housing Their secret is out, but for G4S and friends ‘abject disregard’ for human dignity persists