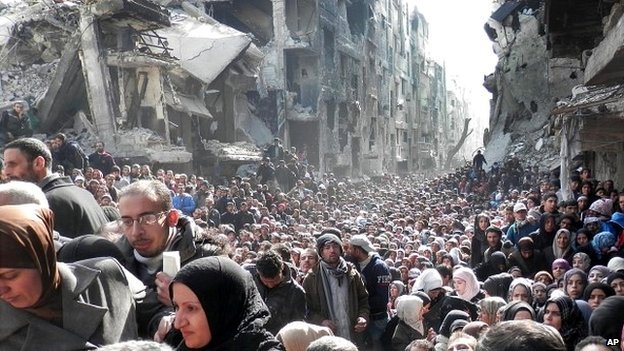 SYMAAG invites you to a public meeting in Sheffield on Thursday 14th August with speakers from refugee and asylum rights organisations, and Syrian organisations in the UK. The meeting will give facts about the world wide refugee crisis (there are now more refugees according to the UNHCR than at any time since the Second World War) and the massive scale of the Syrian refugee crisis. Syrian refugee families are dying in the Mediterranean desperately seeking safety in an EU country.

Syrian refugees along with refugees from many countries are trapped in squalor in temporary camps around Calais trying to claim asylum in the UK. Syrians who manage to get to the UK are waiting months for even their first interview on their claim for asylum.

There are over a million Syrian refugees in UNHCR camps – Germany over the past few months has agreed to take 20,000 – in June the UK had accepted just 24.

Come along and get the facts and join the campaign to get action on Syrian refugees.