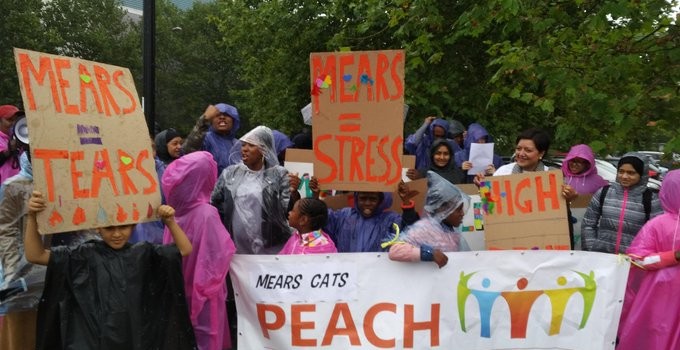 4 months ago, a woman at Urban House Initial Accommodation Centre in Wakefield asked “How do we wash our hands with no soap in the bathrooms?” Another feared “coronavirus spreading in this crowded place”. We interviewed many other residents regarding their concerns about safety at Urban House.

Along with residents, we demanded an inspection of conditions at Urban House. After the inspection in early April Mears Group reported that Public Health Wakefield and the Home Office “gave approval for the way it is operating”.

Despite further protests at Urban House, a Home Affairs Select Committee hearing and concerns about conditions in Mears asylum accommodation in other areas, little changed at Urban House. We had to organise deliveries of sanitiser PPE and food ourselves to Urban House.

On June 22 we warned again of these dangers : “Both in terms of ethnicity and in terms of their geographical location, asylum seekers (in Yorkshire) are at very high risk from Covid-19, which makes the conditions they live in even more worrying”

On July 10 a number of coronavirus cases were confirmed at Urban House.
Mears’ response was to move 60 people out of Urban House at very short notice to asylum housing in two cities. Without testing them.
And to issue masks and sanitiser for the first time at Urban House.

This dangerous and irresponsible behaviour from Mears Group isn’t limited to Urban House. Their shambolic transfer of asylum tenants to hotels in Glasgow has contributed to hardship and worse there

Mears Group have a £1.15 billion Home Office contract to run asylum accommodation. We believe Mears should be removed from it now.
When Mears took over the contract from G4S, we and asylum tenants assumed it couldn’t get any worse.

In the era of Covid 19 we could have been wrong.