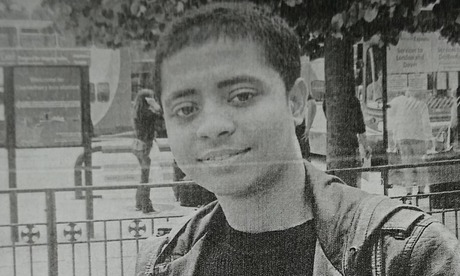 This is Rubel Ahmed from Bangladesh who died at Morton Hall Immigration Detention centre on Friday 5th September. Rubel’s death caused a mass protest from other people detained at Morton Hall.

Despite Immigration Minister James Brokenshire claiming that deaths in detention are “rare”, detainees and their supporters know otherwise. There has been more of a spotlight on the abuses that occur in immigration detention this year, particularly after news of institutional abuse of women detainees at Yarls Wood detention centre and recent news that corporations like G4S, Serco and Mitie profit from the exploited captive labour of detainees.

This year also sees the first ever Parliamentary inquiry into immigration detention. SYMAAG is hosting a meeting in Sheffield on September 23rd (see below) to help gather evidence for the inquiry. While there is no guarantee that an inquiry alone will bring justice it is, at the least, an opportunity for the voices of people detained to be expressed collectively and heard.

We hope that organisations in South Yorkshire can contribute to the Parliamentary Inquiry on Immigration detention. There are many ways to do this but we have organised a meeting on Tuesday 23rd September 6.30-8pm at Northern Refugee Centre to collect evidence from those people who have been detained and those organisations which support people in detention.

We’d like you or your organisation to come to the meeting on 23rd with your stories of detention, your ideas about what’s wrong with the detention system and your proposals for how (or if) it can be changed for the better.

As an organisation you could bring details of how many of your members have been detained, for how long, if it was possible to stay in touch with people in detention. You might want to come to the meeting with evidence you’ve already collected before or discuss detention in a friendly environment with us. We can take note of what people say (anonymously if required) and collect the results and make a joint submission to the detention inquiry on behalf of all regional asylum rights and refugee community groups in South Yorkshire.

More information about detention and the inquiry

For more information on how to contribute to the inquiry see the Right to Remain guide and the Detention Action and Detention Forum sites.

There is also a virtual “tour” of immigration detention centres in the UK starting on 14th September via Twitter – a novel way of exposes what happens inside detention to the outside world. See here for more information about the #Unlocked tour

Below are some key questions for the inquiry. Of course, you are free to present evidence in different ways but this template addresses some of the main issues commonly raised about what is wrong with immigration detention in the UK.

• Your experiences of living in immigration detention, including the context and duration of your stay;
• The conditions in immigration detention, including your ability to access services such as legal advice, healthcare, pastoral support;
• Whether there were appropriate mechanisms to deal with any mental, physical or emotional issues you may have experienced prior to or during your time in detention;
• Any longer-term impacts of detention on you, your family and/or your wider community;
• Any other information about detention that you would like to share.