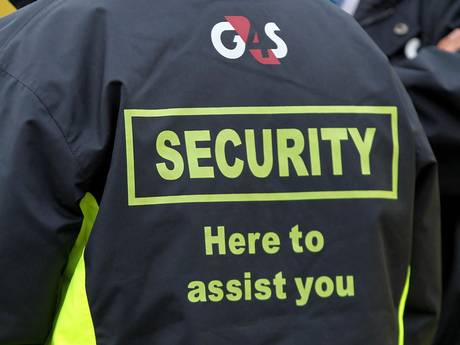 Once again, private security company G4S, has failed to meet its obligations to fulfill a contract paid for by public money. This time it’s the COMPASS contract to re-house people seeking asylum in Yorkshire and Humberside. Despite a contract extension until November 12th hundreds of asylum seekers in our region face a further agonising wait until a G4S van turns up with instructions to move up to 120 miles away to properties often unfit to live in.

In their rush to meet contractual deadlines G4S and their sub-contractors have:

There has been resistance: women from the “cell-like” Stockton hostel have called for its closure and recently gave evidence to a Parliamentary inquiry about the degrading conditions there. Many people have refused to sign agreements to accept unsuitable new housing and worked with campaigners and legal representatives to demand decent housing. Complaints have been lodged about male housing staff harrassing women asylum seekers in their own homes and one G4S sub-contractor, United Property Management, was dumped after they tried to force a woman and her baby to live in unhealthy and insanitary conditions. Some people have even preferred to be homeless than be forced to live in areas where racist attacks occur daily.

SYMAAG is pleased to see that this issue is now receiving national attention with detailed coverage in the Independent newspaper and from respected social housing organisations like Inside Housing and 24 Dash. There’s been public criticism of the G4S/COMPASS contract from local authorities, who were undercut by G4S in the bidding process and are now (incredibly) blamed by G4S for the company’s failings.

With widespread evidence of contractual failure, even the Labour Shadow Immigration Minister Chris Bryant was pushed to comment: “The Home Secretary clearly has some serious questions to answer and should investigate this shambles as a matter of urgency.”

“I Don’t Want a Prison Guard as My Landlord”

But for asylum seekers and campaigners the fact that G4S are clearly a “shambles” isn’t the main question. Why was a security company with no housing experience awarded a housing contract? Why was a company facing multiple complaints and investigations regarding abuse of asylum seekers in detention and during forced deportations even considered as suitable? Why didn’t UKBA listen when asylum seekers told them “I don’t want a prison guard as my landlord” ? What controls and penalties exist to hold G4S to account: not just for their incompetence but for their attitude and record towards asylum seekers? As ‘Ruth’, seeking asylum from Kenya, told a reporter “These companies just want to make profits. But we are human beings.”

When the 12th November contractual deadline passed: according to an Inside Housing report, “G4S referred all press enquiries on the matter to the UKBA” and “The UKBA declined to say what, if any, sanctions G4S might face”. UKBA have now extended G4S’ deadline to house all asylum seekers in Yorkshire and Humberside by a further 4 weeks. As G4S and their sub-contractors rush to try to meet the latest deadline, we can expect more attempts to dump human beings into inhuman living conditions, more excuses from G4S while UKBA look the other way and more resistance to private companies trying to profit from human vulnerability.