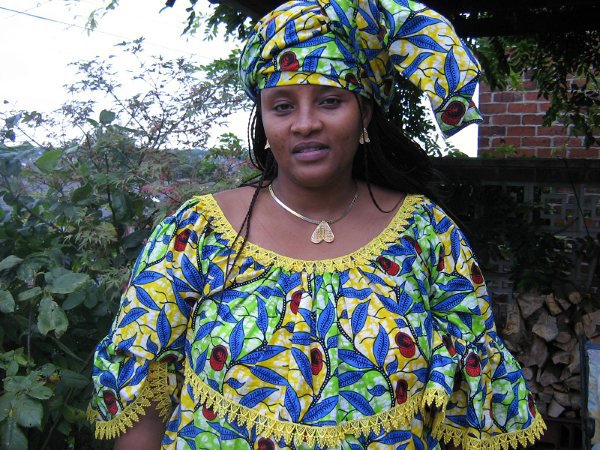 Despite a court ruling that the Home Office have not handled Odette’s asylum claim properly (they ordered a judicial review of her case) she is still imprisoned at Yarls Wood detention centre. What’s more UKBA and Serco (who profit from running Yarls Wood) refuse to acknowledge Odette’s identity. They insist on referring to her by a different name -and saying she’s from Uganda not the Democratic Republic of Congo). Even to receive meals in Yarls Wood you need an ID card! Serco have issued Odette with an ID card with someone else’s name on it. When Odette has refused to be called by a name imposed on her by UKBA and Serco they have refused to let her eat or allow her access to medication.

The campaign for Odette has been protesting to Serco about their attempts to coerce Odette into accepting their view of who she is! Odette’s Facebook campaign page here has plenty of ideas for ways to continue to show our support for Odette. It’s called CADOS – Campaign Against the Deportation of Odette Sefuko)

In particular Odette the campaign are encouraging complaints to Serco at Yarls Wood detention centre:

What You Can Do (From the CADOS Campaign page)

Odette is still being denied proper meals, medication and some post at
Yarl’s Wood because she won’t use the wrong Christine Mpoza ID. This is
making her ill physically and psychologically. To complain about her
needs being unmet, please email Katie.beaumont@serco.com
FAO Katie Beaumont, Admin Assistant, Yarl’s Wood IRC

A well-organised and widespread campaign, a determined legal team and the courage of Odette Sefuko proved too much for the UK Border Agency. Odette was on a bus to Heathrow Airport, due to be deported to Uganda (even though she is from the Democratic Reppublic of Congo – DRC) when her legal team won the right for a judicial review of the way UKBA have handled her claim for asylum. In simple terms, it means that Odette has not been justly and properly treated by the UKBA: a point made by the thousands of people who supported her right to seek safety in the UK.

At the time of writing Odette is still in Yarls Wood detention centre but her victory means that UKBA must consider her claim for asylum again. This time, thousands of Odette’s supporters will be watching to ensure she gets justice. Odette’s role as women’s rights campaigner in the DRC was one of the reasons she was forced to look for somewhere safe to live outside her country. It is fitting that the solidarity she showed with women raped in the DRC has, in turn, been showed to her by friends and strangers in Sheffield and beyond.

Her campaign was well-organised: with a bold public presence on the streets of Sheffield; publicly co-ordinated through social media; it gained the support of women’s groups; faith groups, the Congolese community; experienced campaigners and used local and national media effectively. It pushed politicians who said they supported Odette into taking action and making public statements. It drew on established anti-deportation resources, like those of the National Coalition of Anti-Deportation Campaigns and the experience of local campaigners. It drew in people who didn’t know much about the issue of asylum, politics in the DRC or the way the UK Border Agency treat people looking for safety in the UK. It was an education for many of us.

Odette’s battle for her right to live safely in the UK goes on but she will be pleased to know that the mobilisation for her will help future anti-deportation campaigns establish themselves more quickly and effectively. Perhaps we can start to talk about an anti-deportation movement in South Yorkshire, as well as support for individual campaigns for asylum in our region.

Sheffield’s Marishka van Steenbergen has written another excellent article, this time about Odette’s success for the Guardian Northener blog here

60 people rallied on the steps of Sheffield Town Hall on Wednesday 27th in support of Odette Sefuko, threatened with deportation to Uganda (even though she is from the Democratic Republic of Congo). We marched to UKBA’s Vulcan House to make our point directly.

To keep up to date with Odette’s campaign see her Facebook campaign page.

What can we do to defend her? Sign her online petition, ask your MP, womens group, trade union branch or faith group to support her. Template letters and background information are on her Facebook campaign page.

pics by David Price of SYMAAG

Some background about Odette Sefuko

Prominent anti-rape campaigner from Sheffield – and the Democratic Republic of Congo – Odette Sefuko has been detained by UKBA. They want to deport her (to Uganda!) on Monday March 4th. We can stop them.

‘Umoja Ninguvu’  – ‘Together we are strong”

ODETTE SEFUKO is from the Democratic Republic of Congo (DRC). She came to claim asylum in the UK because her life was threatened. She was imprisoned, tortured and raped for trying to help women who had been raped – she led a group called ‘Umoja Ninguvu’ (‘Together we are strong”) – and because she is Bunyamulenge; an ethnic group that have been persecuted in DRC for many decades. Many of Odettes family have also been murdered. Odette is seeking asylum under the 1951 UN Convention on the Status of Refugees, her claim was refused by the tribunal court, she is now seeking an appeal. The Home Office do not want to accept that Odette is Congolese, despite reputable evidence. They want to send her to Uganda, where she might face imprisonment, torture, rape or death