No Deportations to Zimbabwe 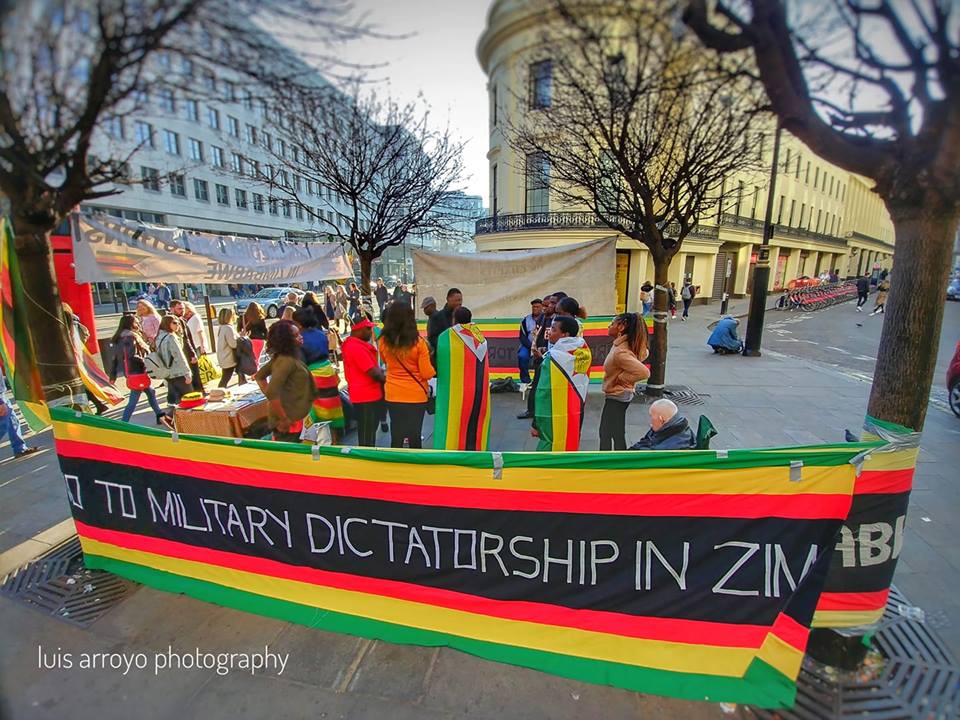 05May
A huge campaign in South Yorkshire earlier this year secured the release of our Zimbabwean friends Victor, Khuzani and Benji from Morton Hall detention centre. It also prevented their deportations to Zimbabwe where they would face violence, harassment or worse.
Now we need you support again.
Zimbabwean people in the UK who are in the process of seeking asylum remain under threat of deportation. Our friends who were released from Morton Hall detention centre were only given a temporary reprieve until May. Despite considerable pressure from refugee rights groups, MPs, journalists and widespread public support this government has refused to halt its deportation plans to Zimbabwe. Even though violence and persecution are commonplace for anyone thought to oppose the Zimbabwean ZANU(PF) military dictatorship. The replacement of Mugabe by Mnangagwa has, if anything, resulted in harsher repression.
But the British Government seems determined to fulfil its February 2018 deal with ZANU(PF) to deport 2500 Zimbabweans living in the UK. Was it coincidence that in September 2018 the British ambassador to Zimbabwe announced that the UK advocated a programme to help Zimbabwe pay off 1.8 billion (US dollars) of its foreign debt?
The result of this cooperation with the Zimbabwean military dictatorship is continuing uncertainty and fear for Zimbabwean people trying to escape persecution and make a life in the UK. Zimbabweans are still locked up in detention centres like Morton Hall. The Home Office has continued to invite an official from the Zimbabwean Embassy to interrogate Zimbabwean asylum seekers around the country. Though Sheffield Home Office have clearly got the message that we won’t accept this behaviour, dozens of people were questioned by the official and photographed in Southend in March. 13 people were questioned in Middlesbrough last month, with more “interviews” scheduled.