In 2012 David Cameron set up the “Hostile Environment Working Group”. Sarah Teather, then a Liberal Democrat minister, was outraged by this title and it was changed. But ministers have continued to use of this kind of language and I fear it has moulded Home Office attitudes. Out of this working group came the Immigration Act 2014, which Labour supported at second reading. This act required all sorts of public and private bodies to bear down on people without appropriate immigration documentation. Those of us who warned that it would have a pernicious effect were ignored.

Amber Rudd’s U-turn will only help the Windrush generation. There will be many thousands of people in later generations who will lack “appropriate documentation” and whose situations are complex and need sensitive understanding. My fear is that they will face the same arbitrariness and lack of sensitivity that the Windrush generation have experienced.

Originally published in The Guardian 17/4/18 https://www.theguardian.com/politics/2018/apr/17/amber-rudds-windrush-apology-fails-to-impress 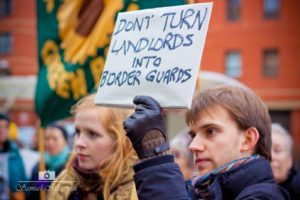